26 Mar - 4 brave golfers signed up for our 1st Saturday - myself, Randy, Lee and Johny H.  Unfortunately, Mother Nature and Father Fish froze us out, literally.....temps in the low 30s and snow........bad combination for golf.

2 Apr - Well, Mother Nature tried to stop us again, but we gave her the good ol Will Smith bitch slap and put her in her place and played the first round of the year.  Temps were mild, around 50 and almost no wind.  We had 6 golfers, so played 2 groups of three, 1 score on odd holes, 2 scores on even, with the group of Dunsmore, Kenney and Way (Georgiann type) taking down the group of Maine, Way (Tunney type) and Martell (Lee type) 103-112.  It was obvious that it is spring and we don't golf during the winter.....birdies were non-existent while the bogeys and above were the norm of the day.  Small group, but sure it will grow in size once the temp rises......The Belkos are still playing snowbird in FL working on their tans, the Millers just returned from FL, so sure it is taking them time to climatize again.....Johny shunned us and played with another group, Gabbi and Mike were playing the outdoors card and went fishing, still too cold for Mo (though warm enough for her to join us at the bar afterwards), Justin and Nick are on the disabled list.........overall, a good start to the season.

9 Apr - Mother Nature once again tried her best to slow down the beginning of our season, but 7 hearty souls showed up to golf out.  This of course pissed off dear ol Mom, and she tossed the kitchen sink at us, hitting us with snow, sleet , and rain during the round. For some, this was just too much to bear......Fish made 9 holes, only because he wasn;t driving the cart as he was mentally done by 5.  I am pretty sure that if he had the air horn with him, he would have blown it and closed the course due to unsafe conditions.  Brandon and Lee made it a bit further before they tossed in the towel.  Not saying they wimped out or anything, but Army Strong they were not.  Hats off to Rick, Tunney, Georgiann and Paul for completing the round, They showed they are not quitters, they follow through with what they start.  Georgiann had the best round of the group, with a birdie and 4 pars, one a chip in.  Rick had 3 pars, one being a chip in, Tunney had 3 pars and Paul had 2 pars.  Considering the conditions, not too bad.  Forecast for next Sat is temps in the mid 50s and dry, so we may see our fair weather golfers come out and play, or we may not, who knows.

14 Apr - Well, another battle with mother nature, temps in low 50s, some rain and lots of WIND.....we started with 10 golfers, but only 3 finished the round.  Should we change the name of our group to the Charmin Chargers (since we are so soft) or maybe the Fair Weather Swingers....Myself, Mike and Lynn showed the fortitude to finish our round, while the rest folded at the turn and decided to just drink.....I would say that our group won, but since everyone else quit, won what???? No cash, that is for sure.  We almost lost another golfer when Mike decided to run over Lynn.....thought we might have a concussion as Lynn bounced his head like a basketball on the 5th fairway, but after a quick medical scan, we determined there was no damage.....to be safe though, next week, Lynn will T off in bubble wrap......

19 Apr - Ok, after we got about 6 inches of snow yesterday, I had to do it.  I contacted Mother Nature and let her have it.  Told her I had a photo of her, being bent over the kitchen table by Frosty the Snowman, giving her the ol carrot and that if winter didn't end, I was gonna send it to Father Time......that got her attention!  Temps this weekend in the 70s, both Saturday and Sunday.  Sorry Frosty, but desperate times lead to desperate measures.

23 Apr - A fine day of golfing had by all.  Mother nature teased us a bit, as it looked like it might be a wet start, but the rain ended right s we began.....temps in the low 50s to start, mid 60s by the time we ended with light breeze.....by far the best weather we have had this year so far.....though the golf scores didn't show it.  We had a fine showing of 18 golfers, so had 5 teams going for the gold, so to speak, with the team of Maines, Baughman, Thompson and Harpster taking 1st place and the $50 with a score of 129.  The team of Dunsmore, Belko (Barb type), Healey and Goss were close behind and took 2nd for $25 with a score of 132.  Johnny H took $15 with the longest putt on 7 with a distance of 14 ft 4 inches (and here I thought my putt of 3 ft 7 inches might hold up.....sad for me). 3rd place with a score of 137 was Goss, Miller, Greenland and Herman.  4th place, only 12 strokes out of the $$$ was Healey (Gabi type), Morelli, Tocimak (Drew type) and Weitosh, and limping in in last place, a whopping 15 strokes behind the leaders were the team of Kenney, Belko (Dave type), and the Tocimaks.  On the bright side, we did have fireball, and there were just enough portajohns for Mo to finish the round.  Low gross for the day was Dougie with a 78, and low net with a score of 72 went to Christ T.  Cathy G had the only birdie of the day with a nice 4 on #12.  Nice golfing guys and gals.  I want to give a shout out to Fish for entertaining us for an hour before we went off, as he struggled to change spikes on one pair of shoes.  Fast he was not, but he would not quit (unlike when he golfs) which is a good thing for the lad waiting for his shoes.

7 May - The golf Gods said no to golf today, sending rain our way, so all golfers had to find something better to do.

14 May - Due to a tourney at the Elks, 8 of our golfers went to State College and played the white course.  Belko was on Fire, with a nice 84 with 1 lost ball and 2 balls out of bounds..........17 strokes my ass..........Doug and Tommy (Mr Boring) also shot 84s.  Yours truely put up a number usually relegated for temperatures in the desert...........As for our lady golfers, I guess they did what they usually do when the men are away having fun...........cooking, cleaning and prepping dinner for their husbands......oh wait, I just had a flashback to the 50s.  They were likely shopping, drinking wine and figuring out where their husbands were taking them out to eat.  Ok, now I am back to the present.

21 May - We are back.  Had 16 golfers for this fine day, with high temps and a nice breeze.  Welcome back to Tunney, who came off the bubble wrap list and is once again golfing.  I would recommend though if he is in your group, you not let him drive the cart.  We played one best ball per hole, with the team of Greenland, Smith, Maines and Morelli taking the $60 purse with a nice score of 58.....31 less than their accumulated handicap.........pops rule. Coming up one stroke short was the team of Johnston, Way, Harpster and Healy with a nice 59.  Word on the street is that they could have won, if not for Johnny having a run in with a horny bee.....made him run like a bitch (video is on U tube).  3rd place, 2 shots short of the $$$ were Dunsmore, Miller, Healy and Martel....no funny stories from the old fuddy duddys........bringing up the rear, the team of Kenney, MIller, Harper and Weitash had fun........their score was somehow lost.  Must be noted though that Cathy Jo has game! She claimed she wasn't drinking, but every time I turned around, she was going back to her special thermos..........more investigating needs to be done on this issue.  Max won the on course prize of closest to the pin on #7 with second shot of 8 ft 7 in and 2 lines, worth $20 to his back account.

Our club pro declined to golf with us, as he claimed the Forest Service contacted him and asked that he take a day off from bashing the local trees after his last time out.  The squirrels and birds thank him greatly.

There will be no golf next Saturday, as the Lupton tourney will be going on, with most of our golfers going out to strut their stuff.  Best of luck to all of you, may you hit the ball straight, read your putts correctly and shoot low....unless of course if you are on a team playing me and Davey, in which case, hit it often, into the woods and putt like Helen Keller.

MEMORIAL DAY - next weekend is also memorial day weekend.  Please take a moment from all your fun times golfing, grilling and of course drinking and give a moment of thanks to those that have given the ultimate sacrifice to our great country while serving in the Army, Marine Corps, Navy, Air Force and Coast Guard (yes, they count also).

27 June - Yes folks, it has been a while.  Tournaments, Moonshine festival and what not have kept me quite busy. Before I post the results from 11 June, I want to give a shoutout to 2 new members of the hole in one club that golf with us.....

Cathy Greenland......some par three somewhere......but she did get her pic in the paper.

Now, to the 11th.  We had 16 golfers, so 4 foursomes (for some, that takes some calculating.....more on the later),  We paid low team net (1 best ball) and low individual net.  The winning team of Cathy Jo, Doug, Tommy and Lynn won with a nice 56.  Lynn carried them to victory.  The team took $60 for their efforts.  Low net went to Lynn with a net of 68, edging out Doug who had a net 69 and Mike and Max, who had net 70s.  Lynn took home $20 for his efforts, and bragging rights which for him may last the rest of the year.

Now for a couple points of order..,....1st, when you pick up your score card, check the sheet next to the cards.  That will have the days game.  I reserve the right to change at last minute for whatever reason.  I will give up that right if anyone would like to take over.  2nd, whining and complaining not allowed.  As Cathy Jo would say, shut it!!! Lastly, for those of you that went to the Jethro Clampet school of math, if large numbers confuse you, please have someone in your group double check your numbers.  Use a calculator, take off your shoes and use your toes, bring an abacus.  This helps me when determining who wins and gets paid.  It prevents me from paying someone and then taking the $$$ back.  Sorry Spike, your puppy is ok. 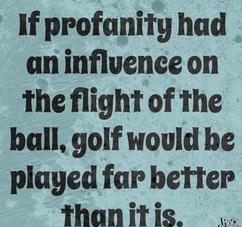 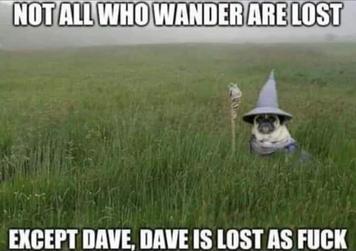 The Journey to NIrvana