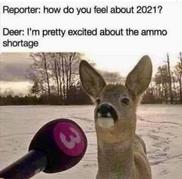 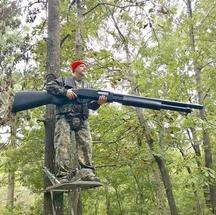 h Well, it is that time of year again to head to Saxet for the annual hunting of the Majestic white tailed deer and the Ugly, loathsome feral hogs.

25 Oct – My wagon is loaded with arms aplenty and much grog for the hunting party.  Many miles traveled. Stopped at a lovely inn in Memphis.  Visited a local pub, and to my dismay, my favorite grog was not available.  Not a good start for the mission.

26 Oct – Continued my travels, and arrived at the Shipp Manor.  Spent the afternoon unloading my wagon, supplying the Manor’s bar with much grog which would be needed for the upcoming hunting season.

28 Oct – After a day of inactivity, which I am very good at, I joined the Lady and Lord of the manor on a trip to a neighboring state for some entertainment and dining. The BFF of the Lady had a daughter singing at Fat Jacks (a place one would consider below the standards of a Lord and Lady, but to me, a fine dive).  The lass had a fine voice, the grog was excellent and the food delicious.  One could get used to a life of such.

29 Oct – Spent the day working for the Lord and Lady running errands in preparation for a gala to be held tomorrow.  Apparently, folks will be coming from far and wide, dressed in crazy attire, to pay homage to all things evil.  There will be singing, drinking and all kinds of sinful activity.  I can’t wait.

30 Oct – The day of the annual homage to the devil arrived.  All Hallows night was upon us.  The Lord and the Lady had residents coming from far and wide for the festivities, all dressed to the nines for the occasion.  Before the gala though, there was work to be done.  The Lady was in charge, and I and the Lord completed our assigned many tasks in preparation for the event.  The gala lasted deep into the night, much food and grog were consumed, and fun was had by all.

31 Oct – Spent the day living the life of leisure at the manor.  Watched a form of jousting (American football) for many hours drinking grog with the Lord. Towards nightfall, a fair lass (a relative of the Lady of the Manor, she has many) appeared with her daily kill.  She had slain her first white tail and was in a state of pure bliss.  While her shot was true, and she fell the might Doe, she was not up to the task of removing the insides. That task was left to her father, and as fathers do, he came through in a pinch.  Once that task was taken care of, off they went to the local butcher and back to grog drinking for me and the Lord.

01 Nov – A late start to the day, due to an abundance of grog………once the fog cleared, in my head, not the countryside, I ventured out in search of the elusive hogs. My hopes were high that today would be the day I would slay the ugly beast.  I climbed into my perch and waited……and waited…..Mr. Racoon and his family made an appearance, but no hogs.  Sneaky those beasts are….as darkness deepened, my enthusiasm waned and I made my way back to the manor, soothing my defeat once again with some grog.

02 Nov – Spent the day traversing the country side, checking out the game cameras, in search of our quarry……pics of bobcat (big housecat on steroids), coyote (ancestor of the old trusty family mutt), one ol ugly hog and a few Majestic whitetails (well, maybe not majestic, but would be tasty). As darkness fell upon us, I ventured out in search of hogs…….bad weather was moving in, but I was not afraid.  I hunkered down and waited.  The rain started, then the wind.  The temperatures dropped.  I saw a lonely racoon, but soon he disappeared.  It seems I was the only one fool enough to be out in such weather.  As the clock struck midnight, I admitted defeat and trekked back to the manor to drink grog.

03 Nov – The Lord of the Manor once again had to work, and the Lady of the Manor had family matters to attend to, so I was tasked to prepare the daily meal.  A quick trip to the market for supplies and I was set.  The kitchen of the manor is a majestic thing, more than a lowly serf as myself was used to.  With little effort, I was able to throw together a meal that should be filling......as usual, I prepared more than the Manor could eat, so food was delivered to the realm for all to enjoy.

05 Nov - A busy day today on the Manor, as preparations were made for the annual hunt of the beasts.  Feeders were filled, cameras were charged and prepared.  Knives were sharpened for skinning the beasts, grog was stocked and all other issues were taken care of.  All the hunters retired early for rest, with great desire to be successful as just as important as the meat that will be harvested is the bragging rights to hold for another year.

06 Nov - Hear ye, hear ye, the hunt has begun.  Hunting today was the Lord, the Lord's knight Jeremy and of course, Ol Sarge.  All had their assigned plots to harvest.  We departed the manor at O dark thirty and eagerly awaited magnificent beasts to be slayed.  Ol Sarge was the first to slay a magnificent beast, a hearty doe which will fill many pots of stew and chili.  Closely afterwards, knight Jeremy felled a tiny, but still magnificent beast.  He too will fill his pots with stew, but smaller pots they will be.  Joining Jeremy in his kill was knight in training Korbin, with his constant energy.  Later in the day, knight Jeremy had a chance to fell the all elusive and wiley coyote.....his shot was not true though, so mr. coyote lived for another day.  The Lord failed his kingdom as he did not bring home the bacon.  He did pass up a few beasts that were not to his standard though, as he has faith that will be successful tomorrow.  The hunt ended at nightfall, and all enjoyed a feast prepared by the Lady of thee Manor and much grog and tobacco were enjoyed.

07 Nov - After a short night of rest, the hunters rose early and were back out in the wild.  It was a cold morning, but we were not to be detered.  However, someone forgot to tell the beasts, as they were no where to be found.  It was a complete shutout.  Knight Jeremy headed back to his kingdom while myself and the Lord watched some Jousting (football).  The Lord and the Lady went out later in the day to try there luck.  No luck with slaying a beast, but whatever else happened in that hunting box, only they know.

08 Nov - Day 3 of the great hunt.  The Lord and Knight Jeremy had to go out and earn their gold for their families, leaving the hunting to Ol Sarge........and boy, did Sarge deliver, a majestic beast.  Freezer for the winter is filling up, and Ol Sarge is setting the bar high for others.  The Lord raced home from work and flew on his trusty steed to his hunting box, hoping to show he is a worthy opponent.  Time will tell.

10 Nov - With coolers full of venison, decision was made to head to nearby lands to gamble and imbibe adult beverages.......the Lady took much gold from the establishment , fun was had by all.

11 Nov - Returned from our trip and prepared to continues our hunt.

12 Nov - The Lord took the day off from earning gold to try and get on the board, and boy, did it pay off....he bagged 2 large does......much work followed with skinning and quartering, but he was one happy hunter...

13 Nov - Went out in search of the majestic 8 point that has been spotted on the land......no luck, so came back and deployed the hog trap.....desperate measures sure, but one has to do what one has to do.......

15 Nov -Got up and went to the city for supplies.....grog was running low....at dusk, went out in search of the ugly hogs......they showed up about 30 minutes after dark.....I aimed my trusty rifle, and it failed me.....hogs ran wild in all directions, but one did not fall......tough beasts to tame

17 Nov - While the Lord of the manor worked to earn gold and the Lady was out taking care of the family, I was once again deligated to butch duty...spent the morning with Butch, the father of the Lord, processing the prior weeks kill....much meat was processed....lots of roast meat and meat to grind up for sausage......after an afternoon siesta, and a fine meal of tacos, evening spent grinding and making sausage.......and of course, lots of grog drinking .......